“With deep roots in ‘professional audio’ and a novel discrete op-amp module as a key driving force, SPL is looking to bring a splash of colour to our audiophile universe.”

In the current edition (July/21) of Hi-Fi News magazine you can find a great review about our nonplusultra headphone amplifier SPL Phonitor xe. Here we provide a short summary.

“Made, like all of SPL’s products, in North Rhine-Westphalia, near the Dutch border, the Phonitor xe carries that studio heritage through the quality of its design and build. Its panelwork is thick and solid feeling, and the controls have that ‘machined from solid’ feel – which is good, as they are!”

“Everything here seems built to last, withstanding the kind of abuse and use to which studio equipment is subjected, and so should shrug off a relatively pampered life in a home hi-fi system.”

“The Phonitor xe has inputs for both analogue and digital sources, the former on a choice of unbalanced RCAs and balanced XLRs, the latter on USB-B, coaxial and AES/EBU and Toslink optical. Headphone outputs, meanwhile, are on standard 6.35mm and balanced 4-pin XLR sockets, with both these connections duplicated on the amp’s front and rear panels.”

“…the digital section – here based around AKM’s ‘Velvet Sound’ AK4490EQ DAC – can handle content at up to 192kHz/24-bit via the conventional optical and electrical inputs, while the USB-B ‘computer audio’ input extends this up to 768kHz/32-bit and DSD256/11.2MHz.”

“Input selection is via a simple rotary control, while a large volume knob, milled from aluminium, controls an Alps RK27 ‘Big Blue’ potentiometer. If that’s not mellifluous enough for you, you can control the volume using any infra-red handset, the unit learning the remote’s commands rather than vice versa.”

“It’s an intriguing effect, and one whose subjective palatability varies with your choice of recordings.
To my ears it allowed a gradual progression from soundstage width and dimension to a tighter focus, but without any conviction as to which setting actually sounded ‘right’.”

“Moreover, the Phonitor xe has a prodigious output capability, particularly with high impedance headphones [see PM’s Lab Report, opposite], in no small part due to its proprietary VOLTAiR op-amps that operate at a very high voltage. With this extra headroom on tap, those DIP switch boosters really won’t be needed. I found the Phonitor xe more than capable of driving cleanly well beyond the pain level even with these switches ‘off’.”

“By now you may well have formed an impression that this is a very superior headphone amp, capable of handling anything you might throw at it, and you wouldn’t be wrong. Whether revealing the fine detail in a recording or pounding out the likes…at very serious levels, the Phonitor xe proved a captivating and musical companion, with none of that sense of an over-analytical sound often ascribed to studio equipment.”

“Whether used with headphones aimed at professional users…or more ‘civilian’ models…the sound was always intimate and convincing, with fine space and presence.”

“There’s no denying that SPL’s Phonitor xe has much to offer as a high-quality DAC/headphone amplifier, whether fed via its digital inputs or the analogue XLRs.”

“It’s hard not to be impressed by the Phonitor xe…
With its unashamedly ‘pro’ specification, and striking red finish, this purist headphone solution is built like a tank – the controls feel like they’ll carry on working forever and it’ll drive a wide range of headphones to ridiculous levels with real ease.”

You can find the full review in the current edition of the magazine or you can just click on the preview below and have a look at the review as a PDF. 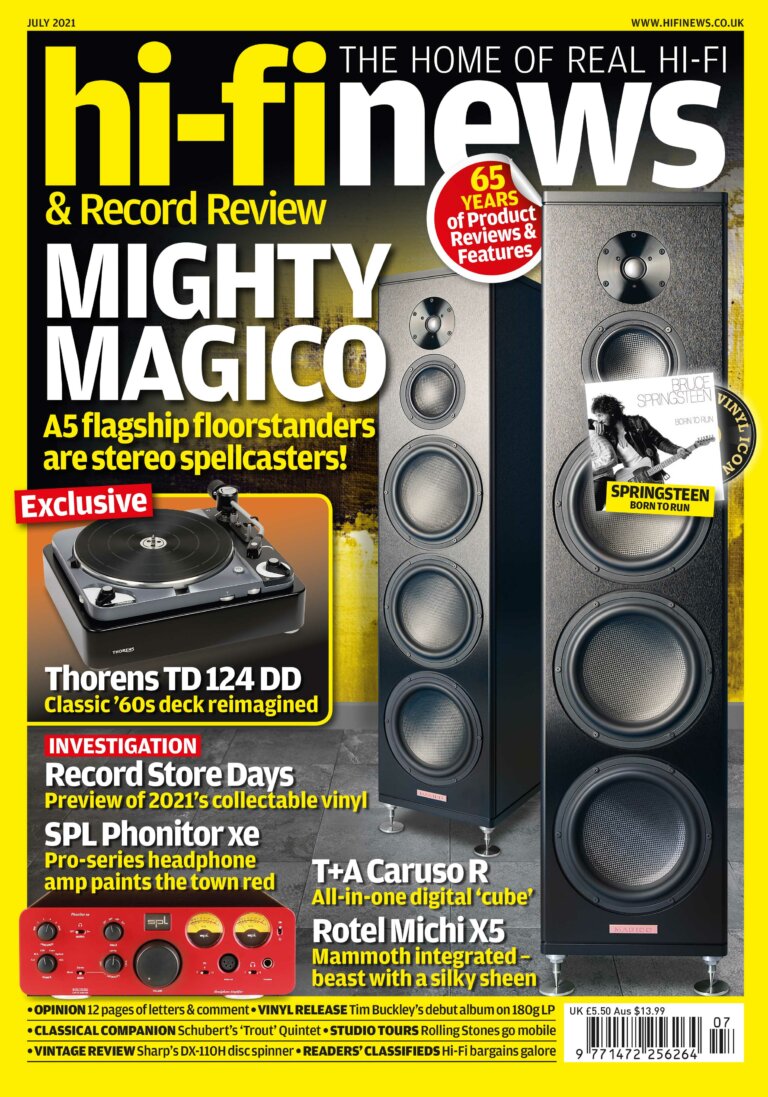 MR Hifi reviews are driven to create informative reviews of home audio and technology. With

On the online platform kopfhoerer.de you will find everything about headphones. That is why our